The Miami Dolphins moved quickly after learning that the ‘front-runner’ for their open GM position was no longer interested in the position.  Friday morning reports surfaced that the Dolphins would be interviewing Nick Caserio, the Director of Pro Player Personnel for the Patriots.  The Dolphins are thought to have 3 other candidates still in mind for the open GM position, but apparently still wanted to reach out to Caserio.  The others still in contention include Brian Gaine (Dolphins), Dennis Hickey (Bucs), and Lake Dawson (Titans). It’s believed that Gaine and possibly Dawson have already been told they are finalists for the position. 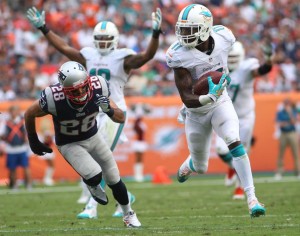 Caserio is an interesting name and probably jumps to the top of the Dolphins wish list.  He’s been with the Patriots since 2001 and has been everything from a scout to their wide receivers coach.  He would come from a winning program in which he was surrounded by sound football personnel.  Most importantly, he’s seen first hand how a perennial contender is built. I think the bigger question is whether or not he would want to leave the Patriots to come to a Dolphins team that is rumored by NFL execs to have the plague.

The team has completed an interview with Nick Caserio, Director of Player Personnel, New England, for the open position of general manager.