Monday Morning Blitz: Dolphins loss to Patriots was everything we feared it would be 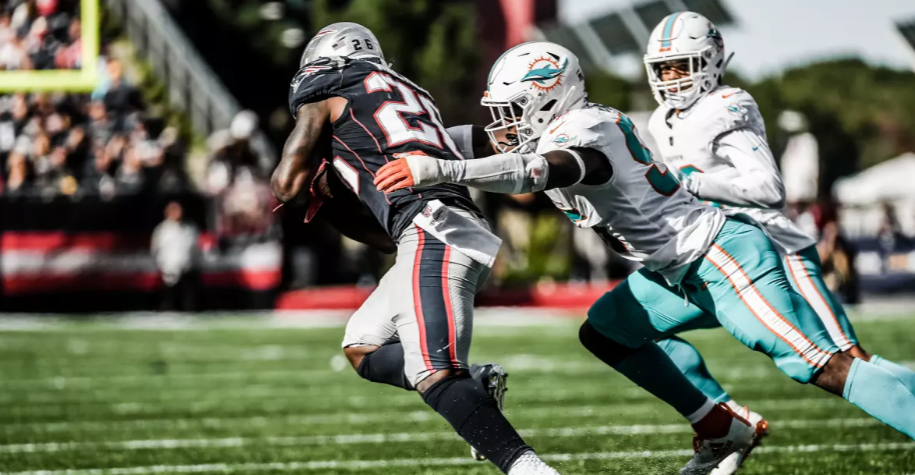 For the Miami Dolphins and their fans, Sunday’s game against the Patriots was the kind of stuff that nightmares are made of.  From start to finish, this was a good, old-fashioned ass kicking.  It sucks considering the Dolphins were flying high with their 3-0 record entering the game and the Patriots seemed to be staggering.  A day that started with so much hope, quickly turned into our worst fears being realized.  Injuries, no running game, no passing game, no defensive cohesiveness, bad punts….everything went wrong for a young Dolphins team on the road in Foxborough.

The Dolphins had a chance to take a stranglehold on the division just 4 weeks into the season.  If they’d won, they’d be 3 games up on all of their divisional rivals and 2-0 in the division.  Instead, the Dolphins find themselves 1 game up on the Patriots, riddled with injuries, and a road trip to 3-1 Cincinnati just 6 days away.  PhinNation is reeling right now, after having our hopes dashed.  It’s not that the Dolphins lost (many expected that), it’s the way they lost.  They looked like a high school team trying to play on the NFL level.  It was a pure, unmitigated disaster.

BUT (of course there’s a but), the sun came up this morning.  The Dolphins still have 12 games left.  They can still accomplish their goals that were set before the season started.  While it may feel like it, they didn’t lose the division on Sunday.  This is the NFL, it’s unpredictable and even good teams have bad weeks like this one.  Did anyone see the Bills beating the Vikings last week in Minnesota?  No and a lot of survivor pools were destroyed by that one!   The Patriots lost their season opener to the Bills in 2003 31-0 and rebounded to win the Super Bowl.  These things happen.  What happens next will tell you if the Dolphins are built of the stuff playoff teams are made of…..or if they are simply the ‘same old Dolphins’.

Looking ahead, the Dolphins play @ 3-1 Cincinnati, then come home and host the 3-1 Bears and 1-3 Lions.  IF (that’s a big if) the Dolphins can rebound and win 2 of those 3, they’ll still be on schedule to find a way into the playoffs at 5-2.  After that they travel to Houston to play the 1-3 Texans before hosting the 1-3 Jets.  All is not lost Dolphins fans!  Well, all is not lost, assuming the injuries don’t continue to stack up and the Dolphins can find a way to play the fast, explosive style of offense they played in weeks 1-3.

Here are our quick hits on Sunday’s debacle:

I could keep ranting, but that’s not going to do any of us any good.  We’re all upset and disappointed, I get it.  This one felt like 3 losses rolled into 1.  BUT, if I had told you before the season started that the Dolphins would be 3-1 after 4 games, 99% of you would have taken that in a second.  Yes, the 3-0 start raised expectations, but this loss shows just how far the Dolphins need to go before they’re ready to win season-defining road games.

In the words of Bill Belichick, onto Cincinnati.