PhinNation Pitiful Picks: Will the Dolphins get off to a fast start in Week 1? 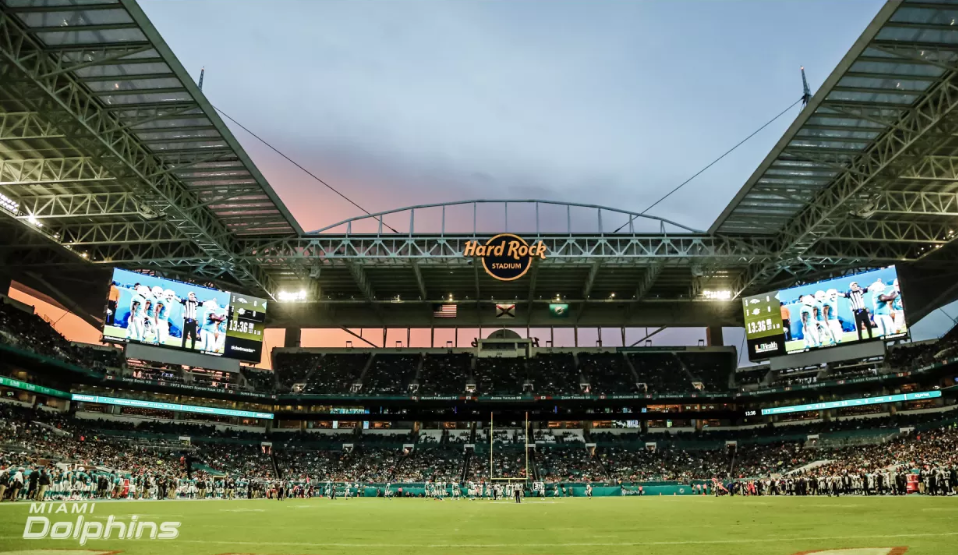 The Miami Dolphins and the rest of the NFL kick off their 2018 season this weekend.  The Dolphins will take on a Tennessee Titans team that is coming off of a 9-7 season that saw them not only go the playoffs, but also pickup a playoff victory.  Remember those?  Ahh, the good old days when playoff wins weren’t as elusive as as they are today.  The last time the Dolphins won a playoff game was in 2000.  Bill Clinton was president of the United States and the Dolphins still had Jay Fiedler, Richmond Webb, and O.J. McDuffie in the starting lineup.  Some of you reading this won’t remember that game….It’s really sad that it’s been that long!  We can only hope this year will be different.  Do we think the Dolphins will make the playoffs?  Check out our season-long predictions here.

But this post is all about week 1 of the NFL season.  Each week we’ll pick 3-4 games against the spread posted on ESPN.com and included in those picks will be the Dolphins game each week.  Remember, these are called ‘Pitiful Picks’ for a reason.  So don’t bet your mortgage on our prognostications!

If you read our season-long predictions, you know that we don’t think too highly of the Buffalo Bills.  The fact that they’re starting Nate Peterman, in Baltimore, against a very good Ravens defense, should scare Bills fans.  A lot of people will be taking the Ravens in their survivor pools.  I think this game will probably be close early, but will get out of hand in the 3rd quarter.  I think the Ravens win by at least 2 touchdowns.  Ravens 27 Bills 13

I don’t love the Bengals this season, but their defense should be good and their offense has a few playmakers.  Andrew Luck is making his first start in a long time so I don’t know that he’ll be the Andrew Luck he was before the injury.  I think the Colts are in for a long year and the Bengals getting 3 points in this game is too much to pass up, since I think the Bengals win this game outright.  Bengals 20 Colts 17

The Raiders traded their best player a week before their opening game.  For those scoring at home, that’s not something that bodes well for them.  What makes it worse is that the Raiders who remain on the team, weren’t exactly thrilled with the trading of Khalil Mack.  The Rams on the other hand are poised for big things this year.  They’ve added pieces to their defense and the offense should have their way with the Raiders.  Giving the 4 points here isn’t nearly enough, because I think this is another game that could get ugly.  Rams 27 Raiders 16

We’ve read all of the predictions from the national media saying the Dolphins will be one of the worst teams in the league.  The Dolphins have read those same stories.  The feeling inside the Dolphins is that they will surprise a lot of people.  What better way to surprise people than to upset a playoff team from 2017 before heading to play the Jets (with their rookie QB) and returning home to play the Raiders (who could be a mess, see above).  The thing about the Titans that scares me is their running game.  Without Suh, the Dolphins interior defensive line will need to eat up blockers and allow their speedy linebackers to fill the gaps and shut down Dion Lewis and Derrick Henry.  Those same linebackers will need to shut down the Titans screen game, which they like to use a lot.

I think the defense can keep the Titans around 20 points.  So the offense will need to have a good game to win it.  Did you know that under Adam Gase, the Dolphins average over 28 points at home with Ryan Tannehill at QB (that stat courtesy of the 3 Yards Per Carry podcast!).   I think the Dolphins have held a few secrets about what they’re planning to do on offense.  I think they have special packages ready for Albert Wilson and Mike Gesicki.  Gesicki, in particular, should get a lot of use in the red zone.  Full Disclosure, I drafted Gesicki as my backup TE in all 3 of my fantasy leagues, so I’m hoping he gets a lot of targets in the red zone!

What do you think?  Leave your prediction for the Dolphins opener in the comments below.  During the game, but sure to follow along with the conversation on Twitter @PhinNation