PhinNation Predictions Part 1: Big things ahead for the Dolphins?

I have a sense of optimism about my Dolphins, going into the 2014 season, I haven’t felt since the days of Don Shula. Miami had a very good draft and that, along with moves made by Dennis Hickey and the Dolphins, during the early days of the free agent signing period, were right on target. It’s been a long time since priorities have been addressed in appropriate order in Davie, and that in and of itself says quite a bit about the leaders in the front office and coaching staff. 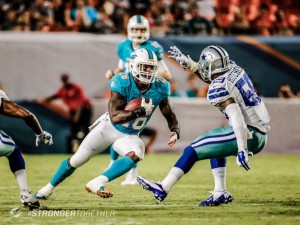 Gone are the frustrating days of an OC who left you wondering what game he was watching and while optimism must remain tempered by their very infancy, it looks as though these players have embraced and digested this new offence and appear comfortable executing most plays from the new playbook. One thing which because of past frustrations on offence, may have gone relatively unnoticed, is that Miami appears to be tacking on defense and stopping the run. I have Miami taking the division at 9-7… let the season commence.