Pitiful Picks: Is Week 3 a Trap Game for the Dolphins? 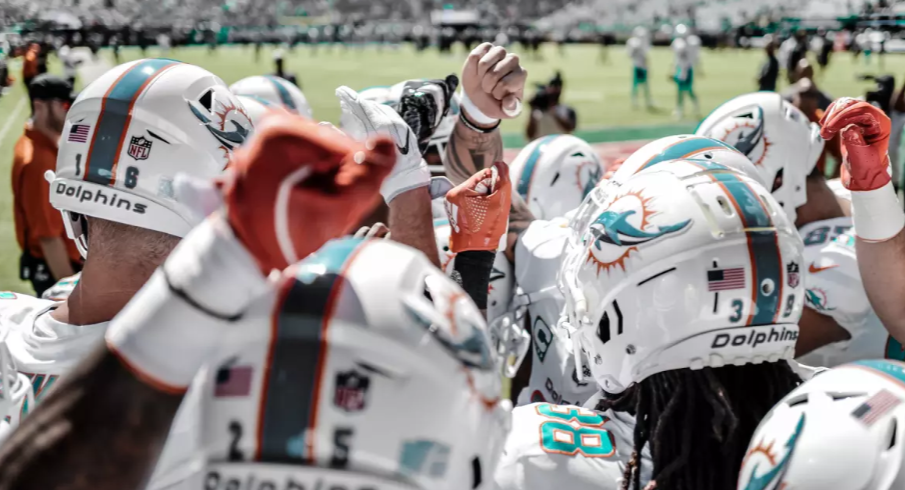 We’re 2 weeks into the 2018 NFL season and the Miami Dolphins are 2-0.  That may not be a surprise to many of you reading this blog (unless you’re a member of the national media).  What may surprise you are some other results from around the NFL.  The Bucs are 2-0?  The Steelers haven’t won a game yet?  The Browns aren’t winless?  What’s going on here?! 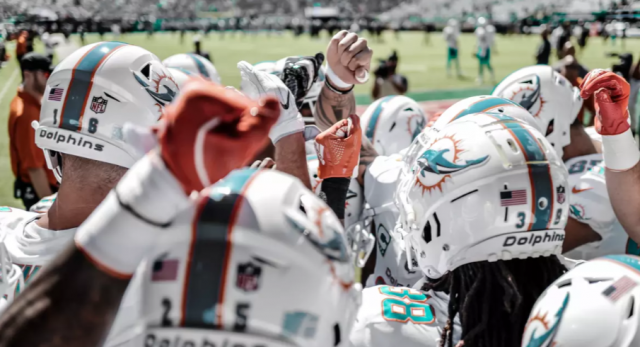 This week the Dolphins are looking to move to 3-0, but let’s hope they’re not looking ahead to their week 4 matchup with the Patriots.  They need to focus on beating a desperate Raiders team.  Some tough lines this week, but here’s are shot at week 3:

The Chiefs look like an offensive machine right now and they’re about to play their home opener against a 49ers team that allowing 25.5 points per game and is 23rd in the league in yards allowed.  I don’t think is going to be a blowout, but I think the Chiefs will win this game by at least a touchdown.  Patrick Mahomes isn’t playing like a young QB, heck, he threw for 6 TDs last week.  I don’t love the Chiefs defense, but they’ll be home this week for the first time and will help cover this spread.  Chiefs 30 49ers 20

Look, I don’t love the Broncos.  Case Keenum against this Ravens defense does scare me a bit.   BUT, I don’t think the Ravens deserve to be 5.5 point favorites after their poor showing last week against the Bengals. I  think the Broncos will do enough in this defensive battle to keep it close.  I’m guessing this is a field goal game one way or the other.  If I had to bet, I’d say the Ravens win a close one, but the Broncos cover the spread.  Ravens 19 Broncos 16

I make this pick knowing full well I will be rooting to be wrong. I’ll be rooting for the Lions to pull off a crazy upset in this game.  But, you have to like the Patriots coming off a loss, against a team that got blown out by the Jets and lost last week against the 49ers.  Belichick’s teams are tremendous following a loss and also when they’re facing a former coach (Matt Patricia this week).  The Patriots get back on track and improve to 2-1 heading into a big game in Foxboro against the Dolphins in week 4.  Patriots 31 Lions 17

Yes, this has all of the makings of a trap game for the Dolphins.  I can’t say that I feel comfortable about this game, even though the Dolphins are favored and are welcoming a west coast team for a 1pm game.  The Dolphins have surprised a lot of people, jumping out to a 2-0 start.  I hope they aren’t too full of themselves and hope they aren’t looking forward too soon to the Patriots next week.  I think last year (and many previous years) that’s exactly what would happen.  BUT, I think the new culture and leadership of Adam Gase will help keep this team’s head on straight.  I think they go out and take care of business against a team they should beat.

The Dolphins offense should do some good things against an aging Raiders defense that is really missing Kahlil Mack.  I think the Dolphins will put up 30+ points if they can avoid key turnovers.  I think the Raiders defense will wear down as the game goes on for a couple of reasons.  First, this game is at 1pm EST, and as we mentioned, teams traveling from the west coast don’t usually do well in these games.  Second, it’s going to be hot and steamy on Sunday and the Raiders will be forced to wear their black jerseys.  There is no way to simulate the heat and humidity of South Florida and I think we’ll see the Dolphins home field advantage in full effect on Sunday.  The Dolphins defense, which has been playing well, will be tested.  David Carr, Cooper, Cook, Lynch & company will pose the biggest test thus far.  But I think the Dolphins will do enough to come out with a win (and cover the spread!).  Dolphins 33 Raiders 27

If you’re going to the game this weekend at Hard Rock Stadium, this is for you:  The Miami Dolphins have partnered with the Ross Initiative in Sports for Equality (RISE) on RISE to Vote and will hold a registration station at the Dolphins’ September 23rd home game against the Oakland Raiders. RISE to Vote is a nonpartisan effort to register athletes and their fans to vote. Stop by the North Plaza at Hard Rock Stadium and register to vote, take a photo to share, and help yourself and others become informed and engaged citizens.

Have your own picks?  Leave them in the comments section below!  Don’t forget to follow us on Twitter @PhinNation!