Pitiful Picks: Will the Miami Dolphins ‘Wake’ Up in Week 5? 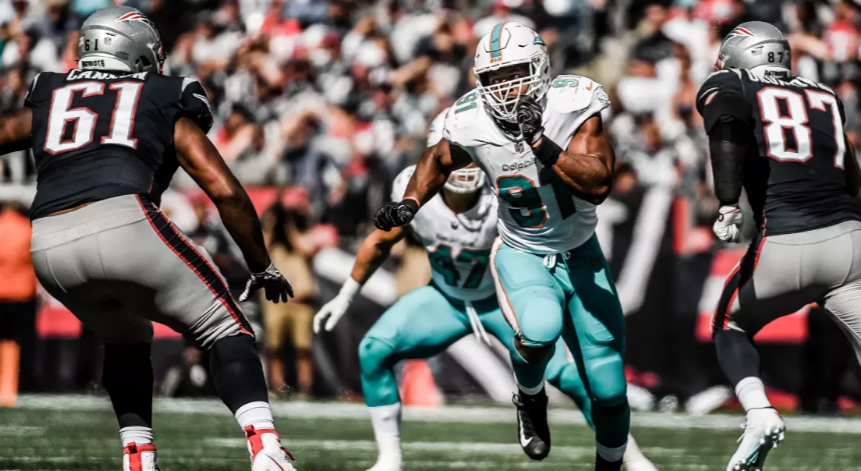 The Miami Dolphins enter week 5 of the NFL season at 3-1 and will look to bounce back from a dreadful performance last week.  By the way, can you believe it’s already week 5?  Like the Dolphins, our pitiful picks last week were awful.  We went 1-3 and dragged our overall season record against the spread to 10-6.  That’s simply not good enough!

This week, we’ll try to get back on track, just like Ryan Tannehill and the Dolphins.  The Dolphins need to ‘Wake’ up and get back to the basics and things that were successful the first 3 weeks of the season.  It won’t be an easy task for either of us, but we’ll give it our best shot.

I don’t like the Jets. I don’t particularly trust the Jets in this game….but it’s a tough week of matchups.  I look at the Jets as a team that will play better at home with their young quarterback.  And I see a Broncos team that’s coming across the country, following a Monday night divisional matchup.  I think this game is a tossup, but I’ll take a more rested Jets team at home.  Jets 19 Broncos 17

The Jaguars are 3-1 and getting 3 points on the road against the red-hot Kansas City Chiefs.  I think the Chiefs are due to lose a game here and selfishly I hope it’s this one….and not just because i’m picking the Jaguars here.  Next week, the Chiefs head to New England to take on the suddenly revitalized Patriots.  I don’t think this is a trap game in anyway because the Jaguars are a good team who played in the AFC Championship game last year.  I do think that Chiefs defense is abysmal.  The Jaguars have a very good defense, which should be able to limit the Chiefs offense (as the Broncos did for 3 quarters Monday night).  I think the Jags offense will do enough against that terrible Chiefs defense to come out of here with the win.  Jaguars 30 Chiefs 29

If you had asked me for this pick on Monday morning after watching the Dolphins fall apart in New England, I would’ve easily and confidently picked the Bengals in a rout.  However, after examining this matchup further and seeing how these 2 teams matchup with each other, I think this will be a much closer game than expected.  Yes, the Dolphins riddled with injuries….but so are the Bengals.  Yes, the Dolphins are a different team on the road under Adam Gase…..but the Bengals aren’t exactly the Patriots at home.

Looking at specifics, I like how the Dolphins speed matches up with the Bengals defense (specifically their linebackers).  I think Adam Gase will remember that he has a very talented running back in Kenyan Drake and will find ways to get him the ball in space, utilizing his speed and ability to catch the football.  I think Ryan Tannehill will have a bounce back game because the Dolphins will utilize his legs again (as they did earlier this season).  The Bengals have a decided advantage with their defensive line (i.e. Geno Atkins) against the Dolphins injury depleted interior line.  But Adam Gase knows that.  I think we’ll see more rollouts from Tannehill, moving the pocket and getting him away from that stout defensive line.

On the defensive side of the ball, I expect Xavien Howard to shadow AJ Green most of the day.  The Bengals are getting RB Joe Mixon back from injury, but will be missing TE Tyler Eifert and possibly WR John Ross.  Andy Daulton can be a turnover machine, although he hasn’t done it much this season.  I think the Dolphins ball-hawking secondary will turn him over a few times and help give the Dolphins good field position.  The Bengals offensive line has a few injuries, forcing backups into starter roles.  I expect a big day from Cameron Wake (assuming he plays) and Robert Quinn.

This is close, but I’m going to go with the outright upset here, moving the Dolphins to 4-1 on the season and holding on to first place in the AFC East.  Dolphins 27 Bengals 24

What do you think?  Leave us a comment below with your prediction for this game.