The Miami Dolphins offense, coming off a sack ridden year last season, had its work cut out by starting the new season under a new offensive coordinator and brand new offensive line. Few predicted other than a less than promising season for the Phins, who failed to sell the play action last season because of a non-existent running game, and long drawn out plays from the pocket. 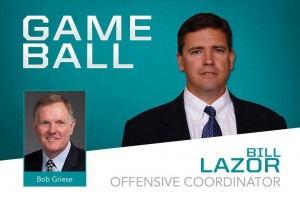 Many times last year,  the Miami defense looked exhausted and spent because of the offense inability to keep a sustained drive alive which only compounded the many problems facing the team, but change was coming and today change was evident on both sides of the ball, when Miami beat New England by coming from behind for a change.

Another change from last year was the fact that the higher scoring game favored Miami, a sign that the dynamics of new offensive coordinator Bill Lazor’s plan had been embraced, digested and was about to be executed on the field of play.

The defense too had many heroes and stars born and rising to the occasion, but it was this new ability by the offense to sustain drives and keep the defense fresh, that I credit the offense, in spite of not so minor however correctable mistakes in the first half, to be the reason the defense was able to perform at a higher level.

There was only one sack by NE during the game, which I also credit as the direct result of  a dynamic and logical game plan which included logical formations and routes given the strengths and weakness of the players. Remember the constant refusal by the former OC to roll Tannehill out last season while insisting on having Miami’s QB drop back 7 steps into a collapsing pocket? Check out Lazor’s play calls on page 2 (Click Here!)