The Dolphins plan is clear heading into free agency….

Free Agency begins at 4pm on Tuesday, but the Miami Dolphins got a head start when they signed S Louis Delmas to a 1 year, $3.5 mil contract.  The deal is a low-risk high reward for the Dolphins, who essentially signed Delmas to a ‘show-me’ contract.  Delmas was able to sign before the 4pm free agency period because he was cut by the Lions a few weeks ago. 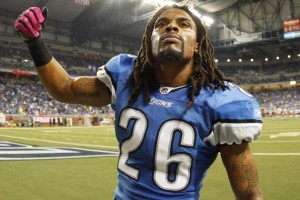 Delmas was a Pro-Bowl alternate in ’10 and ’11, so he has talent. He had knee injuries in 2012, but played all 16 games in 2013.  Delmas is known for his hard hitting and will be a good compliment opposite Reshad Jones.  Delmas’ signing means that the Dolphins will not be signing Jairus Byrd and not resigning Chris Clemons.  Jones and Delmas will be the Dolphins starting safeties in 2014.

So now that the safety spots are settled, the Dolphins will turn their attention to the offensive line. Reports…well everywhere indicate that the Dolphins will sign Branden Albert shortly after the 4pm start of free agency.  Albert will be the Dolphins starting left tackle and Mike Pouncey will be their starting center.  The other 3 offensive line spots are still open.  The Dolphins are expected to look for a starting tackle and guard in free agency as well, minimizing their ‘needs’ in the draft.  I like this approach because it will give them plenty of flexibility in the draft. (cont’d on page 2, CLICK HERE)