Where are the Dolphins headed? 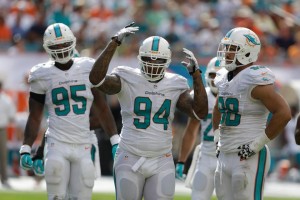 South Florida, a place for ocean front hotels and cafes, models and celebrities, and residents always ready to party. It is also the land of Everglades, turbulent summer weather, and football. Football is a huge part of South Florida, which boasts about having 3 of the top high school football teams among the top 5 schools in the nation, and the only professional team to have ever finished its season with a perfect record. South Floridians obviously know their football and take it very seriously.

Stephen Ross has invested a lot of money and efforts after taking over the franchise, to have his team represent the image of the area. The problem with the latest owner’s effort was perhaps, either not having prioritized the game itself or to have relied on the wrong people to put a winning franchise on the field and not just celebrities in the club seats and suites. The result has been declining ticket sales and a new generation of football savvy local fans, feeling disenfranchised by their parents’ team.

Last year, we the fans, started to witness a shift in those priorities with the signing of a new head coach and more demanding expectations on the part of the owner from those who are supposed to ensure the football quality of the team. The problem this regime has had putting a winning team together continues to be disappointing. A shift from a pro-style offense to the west coast offense has rendered previous drafting strategies obsolete and the personnel have not been a perfect fit for the new offense.

One of the best players on the Dolphins’ offensive line, Richie Incognito, may not be the ideal OG in zone blocking.  This is just one example of what appears to be a case of “management by crisis” and putting out fires instead of a consistent path of rebuilding and developing a young team.  (continued on page 2, CLICK HERE)