Should the Dolphins trade up for Kyler Murray? 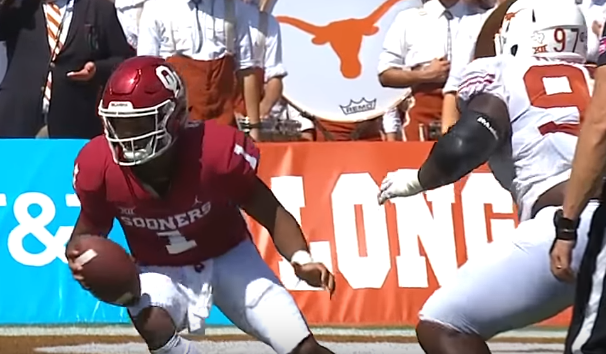 Photo Courtesy of CC by 3.0

The Miami Dolphins are in the process of completely rebuilding their roster.  They’ve been leaking information via Armando Salguero that they plan to build the team from the inside out. Essentially, they’re ‘saying’ they plan to build the offensive and defensive lines this offseason and focus on skill position players in the coming years.

Do you believe the Dolphins are honestly leaking their plans just 2 months before the draft? Look, I’m not saying Armando isn’t hearing this information from sources within the Dolphins. I am saying that everything you hear between now and April 25th has been ‘leaked out’ with an agenda in mind.  I understand the Dolphins are rebuilding, I get it. BUT, if they want to become a serious contender in a few years, they’ll need to find a real franchise quarterback, a game-changer (not a game-manager).

Insert Kyler Murray or possibly Dwayne Haskins.  In my opinion there are only 2 potential franchise QBs in the 2019 draft, Murray and Haskins.  I like Murray more, but I doubt that either will be on the board when the Dolphins pick at #13.  By the way, wouldn’t it be ironic if the Dolphins finally draft a franchise QB at lucky number 13?!  But I digress.  The Dolphins are obviously moving on from Ryan Tannehill this offseason, unfortunately, he wasn’t the answer we all hoped he would be.

Like you, I see A LOT of mock drafts connecting the Dolphins and Murray at pick 13.  If Murray is there at 13, the Dolphins should run to the podium and hand in the card.  But I doubt he makes it to them if they sit at 13.  I know he’s undersized and played in 2018 under 200 lbs, I get it. People doubt whether he’ll be able to stand in the pocket in the NFL and they doubt he’ll be able to hold up to a full NFL season of hits.  But in my opinion, the kid is special.  He has the arm talent, pocket awareness, and athleticism to be a franchise QB.

Now that he’s committed to football, he’s 100% focused on training for football.  We’ll see what he weighs in at on Thursday at the Combine.  My guess is that he’ll be around 205 lbs (he was 195 this past season).  I think by the time training camp comes around he’ll be in the 210-215 range.  I also think that he’ll light up the Combine with his athleticism, shooting him up draft boards and into the top 10.

Like last year, there will likely be some movement in the top 10, with teams moving up to draft either Haskins or Murray.  Unless the Dolphins want to move all the way up to #1, they’ll have to see how the draft board plays out.   If they want Murray, I think they’ll need to move to pick 4 or 5, ahead of the Giants and Jaguars (both QB needy teams).  What would it cost to move up to #5?  Tough to say because there could be a bidding war, with other teams trying to move up as well.  My guess is that it would take the Dolphins first rounder this year, 2nd rounder this year, and 1st rounder next year (at least).

In my opinion, if that’s the cost and Murray is on the board at pick 5, you make the move. If the Dolphins believe he is a franchise quarterback, they should do it.  Look, they’ve been looking for the successor to Dan Marino for 19 years….that’s long enough. I know giving up 2 first round picks and a second sounds like a lot, but would you make that trade today if you knew you were getting the next Drew Brees? Big Ben?   There are no guarantees Murray is a franchise QB, but if the Dolphins front office believes in him, they should absolutely pull the trigger because he won’t be there when the 13th pick is on the clock.