PhinNation’s picks for the Dolphins & the rest of the NFL 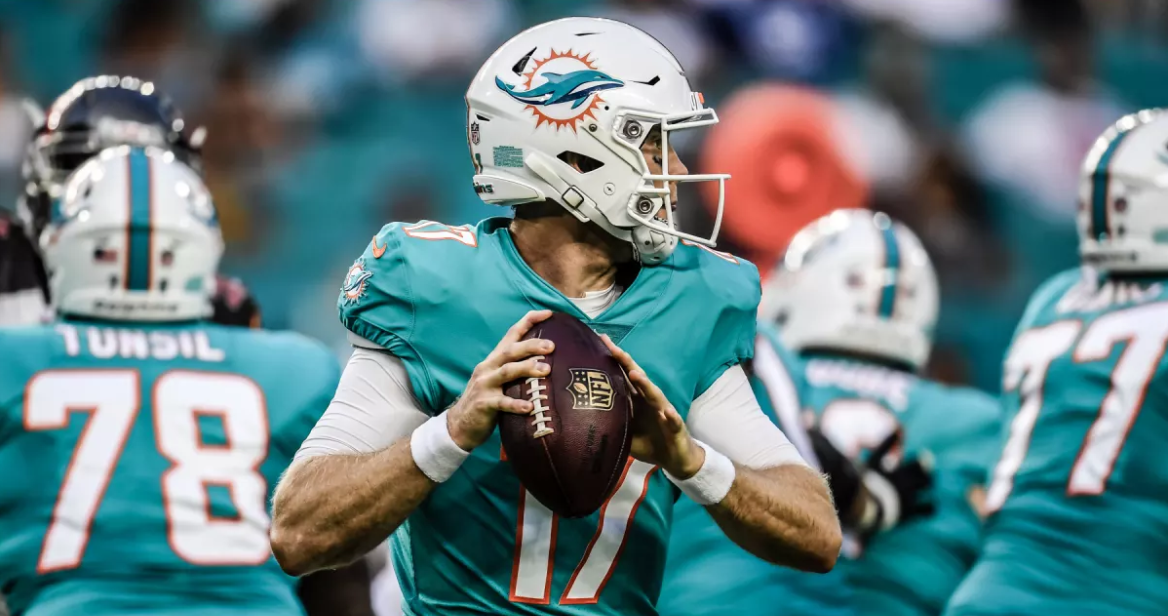 We made it Dolphins’ fans!  The NFL is back and since everyone has an opinion about how the season will play out, we wanted to share our thoughts and get yours as well!  Please leave us your predictions for the 2018 NFL season in the comments below.  We’ll check back at the end of the year and see who was the least wrong!

I’m going to go in-depth on the AFC East because it most closely impacts the Dolphins.  I won’t go into records for every team in the league, but instead how each division will finish, who the playoff teams will be, and who will walk away with the Lombardi trophy.  These are sure to be wrong, but that’s part of the fun at this time of year!

Patriots – Every year people predict the demise of the Patriots:  “This will be the year the dynasty ends”.  We’ve been hearing it for the last 5-6 years, right?  I’m not going to make that prediction.  However, I do think we start to see larger kinks in the Patriots dynasty armor.  Tom Brady is 41 years old, but he’s still one of the best in the game.  However, the supporting cast around him is not as good as it has been in the past. His receivers are inexperienced for the most part (they’re picking up guys on the waiver wire to fill out the roster) and their offensive line lost their left tackle and their rookie 1st round pick.  Despite that, I still think the Patriots do enough to win the AFC East, but I don’t think they do it with their usual 12-4 or 13-3 record. I think they win the AFC East at 10-6.

Jets – They’re starting a rookie quarterback, which will comes along with all of the ups and downs of doing so.  The Jets defense should be decent, but has some question marks.  They’re in a re-tooling year and the most important thing for them is to get Sam Darnold experience. I see them finishing in the 6-7 win range.

Bills – They might be the worst team in the NFL this season, only a year after going to the playoffs.  Their starting Quarterback is a guy named Nathan Peterman.  Their backup QB is Josh Allen, who was, in my opinion, the worst of the top 4 QBs in this year’s draft.  They may surprise me and others, but I think the Bills are looking at a long season with 3-4 wins.

Dolphins – Ahhh, the one you’ve been waiting for!  If you believe predictions by most of the national media, you don’t have a very good feeling about the Dolphins upcoming season.  The team has seen it all and they think they are poised for a good season.  They think they’re going to surprise people. I happen to agree with them more than the national media.  The team went 6-10 last year with Jay Cutler at QB, but this year they welcome back Ryan Tannehill.  If Tannehill can stay healthy, I think we’ll see the continued progress we saw in 2016.  I think the Dolphins have big plans for both Albert Wilson and Mike Gesicki, 2 additions this offseason.  The offense won’t be focused on feeding the ball to one player like they did previously (Jarvis Landry).  With the emergence of Kenyan Drake and much improved offensive line, I think this offense could surprise a lot of people.

The Dolphins defense has a lot of question marks and is the reason for concern.  Can the new defensive tackle rotation help stop the run without Mr. Suh?  Can 2 inexperienced starting linebackers minimize the run game and cover backs/tight ends?  Can a cornerback not named Xavien Howard play well enough for the Dolphins to get off the field on 3rd down?  All questions that will be answered soon.  I love the addition of Minkah Fitzpatrick, I think he’s going to be a very good player for the Dolphins for a long time.

So what does this all mean?  I think the Dolphins will be improved this year and end up with a 9-7 record.  That’s 3 games better than last year, but it probably won’t be enough to make the playoffs.  If you’re asking where those wins come from, I’m guessing: 4-2 vs. AFC East, plus wins over Oakland, Tennessee, Cincinnati, Chicago, and Detroit.

Here are the rest of our predictions for the 2018 season:

Those are are picks!  What about you?  Share your picks below in the comments section of this post!