Does Ed Reed make sense for the Dolphins?

The Miami Dolphins are in desperate need of veteran leadership and Ed Reed has just been released by the Houston Texans.

In other news, the Miami Dolphins are in desperate need of playmakers and Ed Reed has just been released by the Houston Texans.

This is a match made in football heaven and the team finally has something to be thankful for this November. 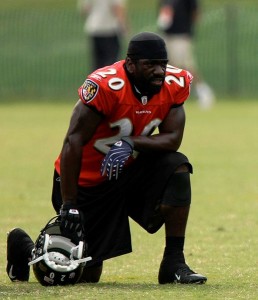 The Houston Texans have had a regrettable season, leading to Reed’s prompt dismissal shortly after venting about the predictable playcalling.

It was a wise cost cutting move by a team who needs to start saving cap space for next season more than indictment on the 35 year old’s declining skills and production.

He has made seven consecutive pro bowls by being a smart football player with remarkable ball skills and  it is likely that returning to a familiar place with some familiar faces could help him get his groove back.

Just three weeks ago Bryant McKinnie told the story of how he and Ed would joke about retiring in Miami when they were at the University of Miami and now they can defend their Super Bowl title, along with Danell Ellerbe, as member of the Miami Dolphins, in what could be either player’s last season.

If nothing else, Ed Reed’s presence in the locker room would help alleviate concerns about leadership and culture in Miami and that alone is priceless.

For the latest Dolphins news from PhinNation.com, be sure to bookmark our site in your browser!