Jimmy Graham to the Dolphins?

Alright Dolphins fans, we’re in the midst of “rumor and speculation” season. So why not jump right into it.  On Friday, Jimmy Graham was given the non-exclusive Franchise tag by the Saints.  What that means is that Graham can shop his services to another NFL team, but the Saints would have an opportunity to match a contract offer by another team OR take back 2 first round picks. 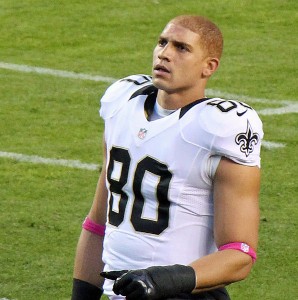 I’m here to tell you today that the Dolphins should make an offer to Jimmy Graham…a big one…and give up the 2 first round picks if the Saints don’t match the offer.  OH MY GOSH, 2 FIRST ROUND PICKS, ARE YOU CRAZY?!?!  Listen, I don’t think the Dolphins will do this, but I think they should. They already missed on Graham once when they picked John Jerry 22 spots ahead of him in the 3rd round in 2010.  They shouldn’t make the same mistake twice.