Vince Wilfork to the Dolphins?

The only debate in a Vince Wilfork to Miami scenario is whether he has anything left in the tank.

When the Dolphins traded up one spot in the 2004 draft to draft Vernon Carey and not Vince, I was livid, even more so after he ended up on the New England Patriots. 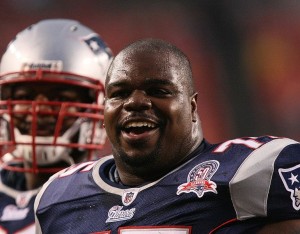 Ten years later the Dolphins may have a chance to add him to a talented defensive unit and if the team decides an above average right tackle is more important, it will just be history repeating itself.

You plug Wilfork into the middle of your defensive line and you work from there.

The team could play a 3-4 defense when he is on the field, with a rotation of Starks, Odrick and Mitchell beside him.

His signing just gets my creative juices going though. (cont’d on page 2, CLICK HERE)