Monday Morning Blitz: Dolphins ‘Speed’ Past Raiders to Improve to 3-0 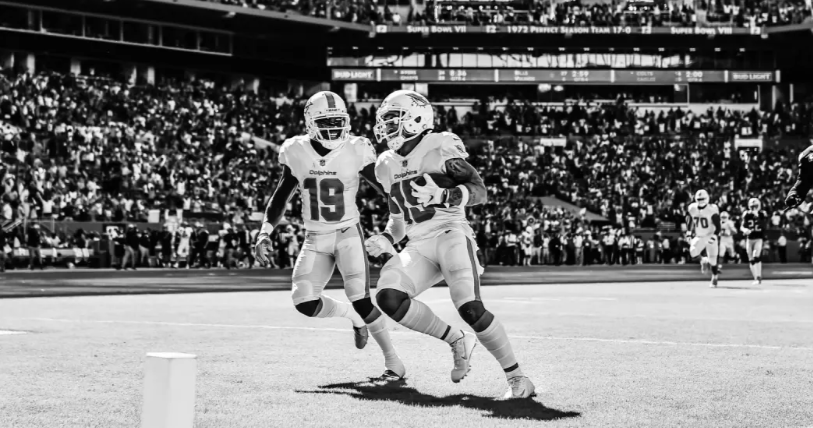 I’m still in a state of shock following the Sunday’s events, so forgive me if this post goes off track at some points.  The Miami Dolphins came from 10 points down to beat the Raiders and improved to 3-0 on the season. Someone. Pinch. Me.  While I’m not completely shocked, I am happy to bask in the glory that is Victory Monday again.  I know it’s early in the season and I know there is a big game looming on Sunday in Foxboro, but let’s enjoy this 3-0 start for just one more day before facing some hard facts.

So for 3 quarters, we watched the Dolphins get pushed around, injured, run on, and even beaten badly on a few early Jordy Nelson passes. We watched the Raiders eat up the clock and the Dolphins resort to using an offensive lineman on goal line DEFENSE!  We also witnessed Adam Gase’s plan come into focus: SPEED!  Speed kills in the NFL and the Dolphins have a ton of it. Did you see the Dolphins rookie linebacker Jerome Baker chase down Jordy Nelson (who’s aging, but a WR no less)?  Did you see Minkah Fitzpatrick chase down Nelson to prevent a TD as well?  Did you see Jakeem grant sprint down to catch Albert Wilson on his game-sealing TD ‘reception’ to give him a high-five before crossing the goal line?

The Dolphins have 2 things they haven’t had in a long time: 1. Team speed on both offense and defense and 2. An offense that is the type of quick-strike offense that we haven’t seen since Dan Marino wore #13 in Joe Robbie Stadium.  The Dolphins have so many potential homerun hitters on the field that it’s tough for a defense to take them all away.  It also speaks to the culture Gase has built, that they can come back when facing adversity (again), being down 17-7 in the second half.

Here are our one-liners from the 28-20 victory over the Raiders: