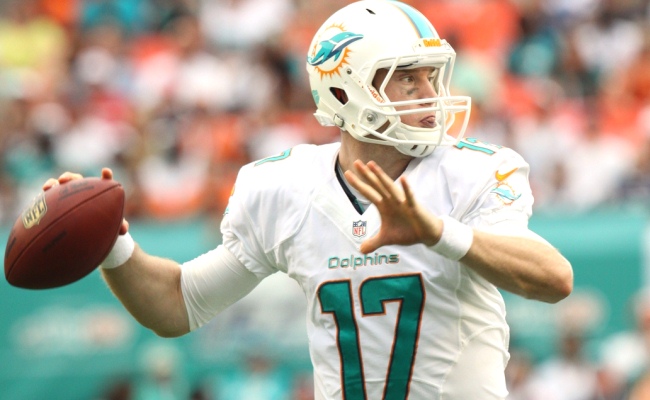 According to a report from the guys at the Three Yards Per Carry Podcast, Ryan Tannehill will likely miss the Miami Dolphins’ next game, Sunday against the Detroit Lions.  Before you dismiss this as an ‘internet report’, we trust these guys.  In fact, although no one gave them the proper credit, they broke the news last week that Tannehill was hurting and could miss Sunday’s game against the Bears.

Here are there latest tweets regarding this subject:

***REPORT*** @3YardsPerCarry and @5ReasonsSports have learned from multiple sources that quarterback Ryan Tannehill is highly unlikely to play Sunday against the Detroit Lions, as part of a 2-3 week evaluation period.

According to sources, while the Dolphins feared a significant Labral Injury as recently as Friday, further evaluation has determined that Major Invasive Surgery is not necessary at this time, and rest/rehab is the current course of action to see if strength returns.

Their post-game wrap up and preview podcasts are the best I’ve found for Dolphins fan podcasts.  They also write for Dolphin Maven.  Good stuff guys!  Hopefully the rest helps Tannehill’s shoulder heal, so he can return to the field against the Texans next Thursday, or more likely against the Jets on 11/4.

The Dolphins will probably know more about Tannehill’s availabiliy and progress, when the Dolphins return to the practice field tomorrow. Until Tannehill can return, the Dolphins offense will rely on Brock Osweiler to lead the the troops. Hopefully he can replicate (minus the interceptions) his solid performance against the Bears.